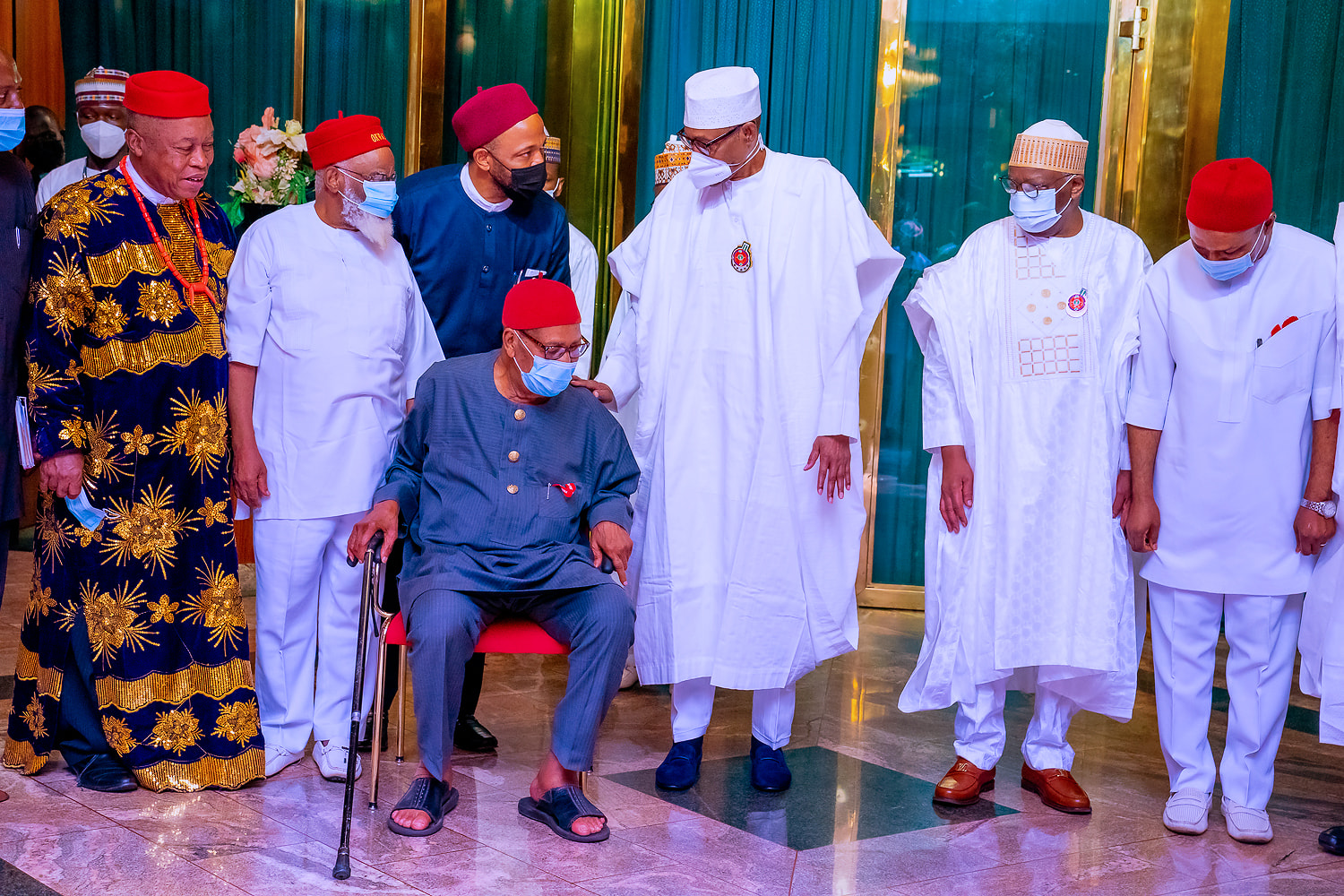 President Maj. Gen. Muhammadu Buhari (Red) has said that the unconditional release of Biafran leader Namdi Khanu, who has been charged with treason, is contrary to the teaching of power-sharing. Between the executive and the judiciary.

That being said, although such a desire is very serious, he does take it into account.

Buhari made the remarks while receiving a delegation led by Member of Parliament for the First Republic of Abuja and led by Minister of Civil Aviation Mbazulike Amaechi in Abuja on Friday.

Speaking to a delegation led by the 93-year-old leader, Buhari said: The implications of your request are very serious.

“In the last six years since I became president, no one has said that I have burned or interfered in the work of the judiciary. May God have mercy on you and give you a very clear memory at this age. Many people half your age are already confused. But your question is difficult. I consider it.

When the president was released on bail, he said, “The best thing to do is to submit to the system. Bring the case to court, instead of giving the most negative emotions abroad. I think even giving that opportunity is a blessing. ”

They comforted Amechi, who had recently buried her husband, and prayed for peace.

He described the situation in the southeast as “sad and tragic”, saying talks had failed, education was falling apart, and a time of fear was brewing.

Amaechi has previously said he has had two contacts with Namdi Kanu, and the latter has revoked earlier orders for public protest.

He concluded by saying, “I do not want to leave this planet without peace. I believe in a great, united Nigeria, a force in Africa. Mr. President, remember the person you saw burning in Nigeria and extinguish the fire.